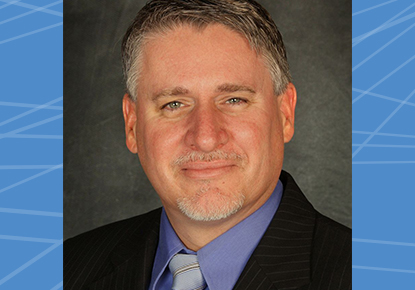 “Tom Fay is an experienced leader with deep knowledge of our city, our patrons, and our library system. He has shown over the past year that he has the experience and skills to succeed as our next Chief Librarian,” said Carmen Bendixen, president of The Seattle Public Library’s Board of Trustees. “The Board is excited to continue collaborating with Mr. Fay as he and his team continue to build an inclusive, equitable and welcoming Library system for all.”

“I am honored and humbled to be selected as Seattle’s next Chief Librarian,” said Fay, upon accepting the position. “The Seattle Public Library is a beacon of learning, connection, opportunity and inspiration for our city. Its foundation of strength and excellence is due to the commitment of our public and our staff. I look forward to learning from the many communities we serve to help shape the future of the Library.”

The Chief Librarian is responsible for the overall vision, direction, stewardship and successful operational management of The Seattle Public Library, and leads 650 employees. Reporting directly to the Library Board of Trustees, the Chief Librarian also holds a cabinet level role on the leadership team of the City of Seattle Mayor’s Office.

ABOUT THE NEW CHIEF LIBRARIAN

Prior to his selection as the new Executive Director and Chief Librarian of The Seattle Public Library, Tom Fay served as the Library’s interim Chief Librarian and, from 2015 until 2021, its Director of Library Programs and Service. In that role, Fay led the Library’s Public Services and Programs, Collections, Materials Handling, and Information Technology departments at Seattle’s downtown Central Library and 26 neighborhood branches.

A native of southern Nevada, Fay began his 39-year career in libraries as a page for the Las Vegas Clark County Library District. Prior to joining The Seattle Public Library, he held roles as the Executive Director of Henderson Libraries in Nevada and the Deputy Director and Chief Operating Officer of Las Vegas Clark County Library District in Nevada.

BACKGROUND ON THE SEARCH

In Feb. 2021, after a decade of distinguished service as Chief Librarian, Marcellus Turner announced that he had accepted a position as CEO/Chief Librarian for the Charlotte Mecklenburg Library in Charlotte, N.C. Turner’s last day leading The Seattle Public Library was March 31, 2021. The Library Board appointed Tom Fay to serve as interim Chief Librarian beginning on April 1, 2021.

In April 2021, the Library Board of Trustees launched the hiring process to find Seattle's next Chief Librarian. The Library Board appointed a nine-member Search Advisory Committee to develop a process and timeline for recruiting the Library’s next chief executive. Members of the committee were identified due to their experience and expertise in the Library field, and for their commitment to the community the Library serves.

The Library Board hired search consultant Koya Partners to conduct a national search with guidance from the Library Board and in collaboration with the Search Advisory Committee.
Finalists for the Chief Librarian position were announced Jan. 25, 2022 and interviewed by the Library Board on Feb. 9 and 10, 2022. As part of the final stage of the hiring process, each finalist participated in a forum with Library staff and a forum with patrons and community members.

Learn more about the search process on our website.